June 02, 2020
Apache Kafka is a product that should be in every IT professional's toolbox. 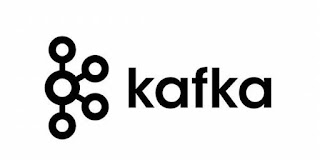 
The use of distributed streaming platforms is becoming increasingly popular among developers, but have you ever wondered why?
Part Pub/Sub messaging system, partly distributed storage, partly CEP-type event processing engine, the usage of this type of technology brings a whole new perspective on how developers capture, store, and process events. This talk will explain what distributed streaming platforms are and how it can be a game changer for modern data architectures. We'll discuss the road in IT that led to the need of this type of platform, the current state of Apache Kafka, as well as scenarios where this technology can be implemented.
Sign up for the webinar.

About the Presenter:
Ricardo is a Developer Advocate at Confluent, the company founded by the original co-creators of Apache Kafka. He has over 22 years of experience working with software engineering and specializes in service-oriented architecture, big data, cloud, and serverless architecture. Prior to Confluent, he worked for other vendors, such as Oracle, Red Hat, and IONA Technologies, as well as several consulting firms. While not working he enjoys grilling steaks on his backyard with his family and friends, where he gets the chance to talk about anything that is not IT related. Currently, he lives in Raleigh, North Carolina, with his wife, and son.

Popular posts from this blog

Attend the webinar by Oracle ACE Simon Pane and learn how to integrate Microsoft Active Directory with the Oracle database. Click here to register. About the Webinar This presentation details the advantages of using Centrally Managed Users (CMU) over the previous technologies, covers the installation/set-up process, and gives practical examples and use cases for organizations to leverage and benefit from the simplified integration of database user management (authentication and authorization) with Active Directory (AD). An exciting new feature of Oracle Database 18c and 19c is "Centrally Managed Users" (CMU). This, for the first time, allows for simple and complete user management integration with Active Directory. No additional licenses required! Previously, Oracle Enterprise User Security (EUS) and Oracle Unified Directory (OUD) was needed as an intermediate component bridging the Oracle Database to Active Directory. While EUS/OUD is still present and does of
Read more

How to Improve Oracle Performance with NVM

Non-Volatile Memory hardware is a technology that every Oracle customer must know about. Attend the webinar by Yaron Dar and find out how you can improve the performance of yoru Oracle database with NVM. Covered topics: - Proof points, best practices, and guidelines for achieving peak performance for Oracle workloads with NVMe and Storage Class Memory. - Maintaining high availability through disasters with Oracle Extended RAC (demo) - Achieving amazing data reduction and storage efficiency for Oracle databases. Register at:  http://www.prohuddle.com/webinars/yarondar/oracle_performance.php
Read more 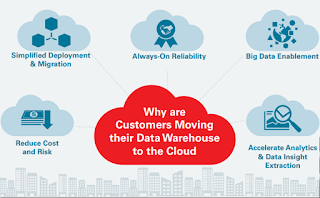 Oracle has just released their Autonomous Data Warehouse Cloud Service (ADW). There is no one better to tell you all about it than the Senior Principal Product Manager Yasin Baskan who's been leading the project. Attend the free webinar by ADW Senior Principal Product Manager Yasin Baskan on May 22nd and learn all about the Autonomous DWH Cloud from the people who created it. About the Webinar Oracle’s new cloud service, Autonomous Data Warehouse Cloud, is now generally available. This is a fully-managed service that automates many day-to-day operations for DBAs and DWH developers. We will talk about the functionality Autonomous Data Warehouse provides and go into details about the technical aspects of the service. You will be able to learn how you can provision new databases, load data, and run queries. We will walk through the automated functionality like database configuration, security, backup and recovery, and performance. This session will provide you the in
Read more